I've finished the Ciclop turntable assembly (using the files from GitHub) and it is solid and functional, and looks quite nice in my opinion. 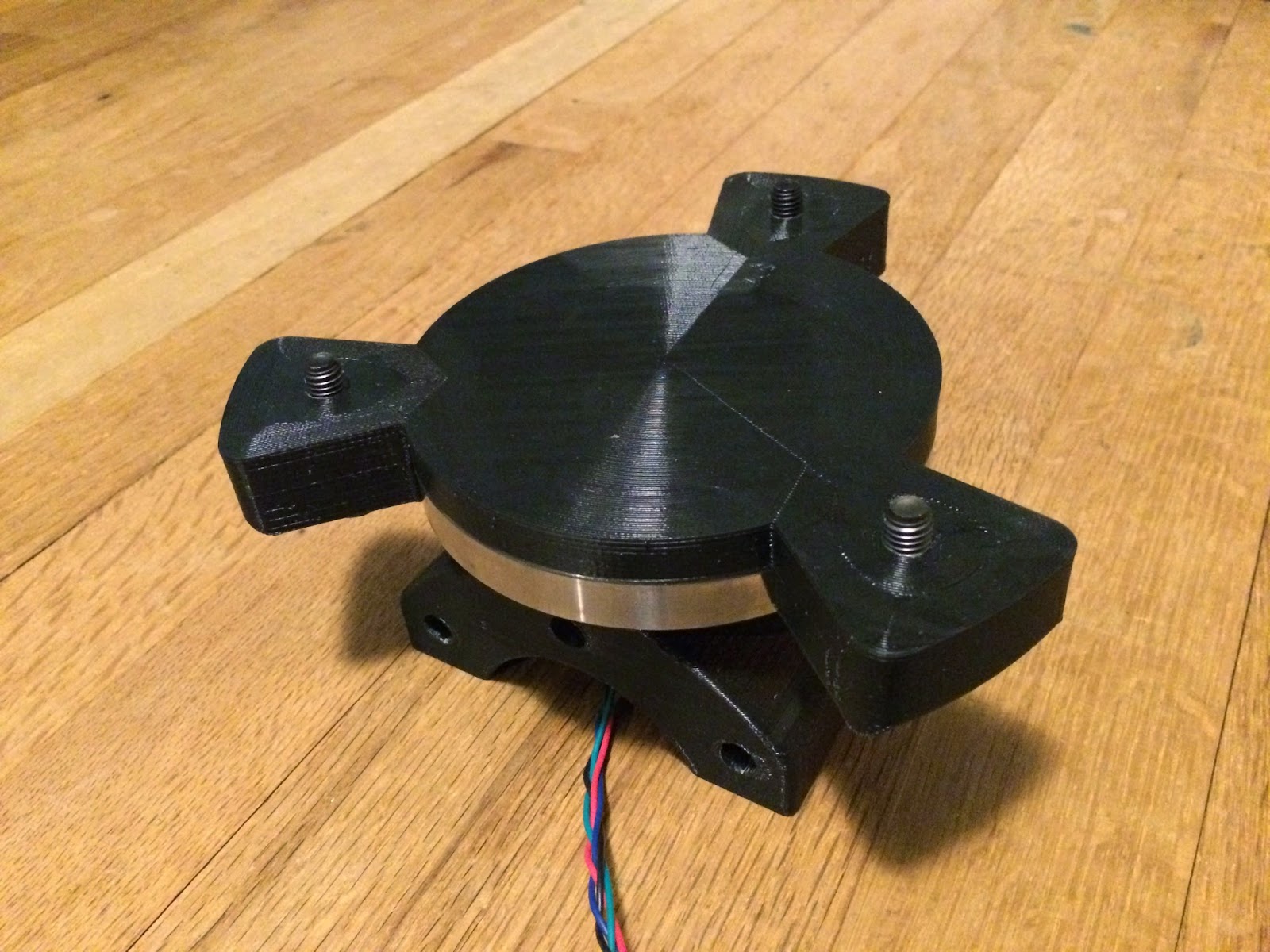 The base is chunky but with pleasantly rounded lines; the turntable support and bearing clips go together well without any cleanup or fitting needed; the motor-to-turntable connection is well thought out and makes assembly very easy. The only problem is that some of the nice features also make it hard to print. 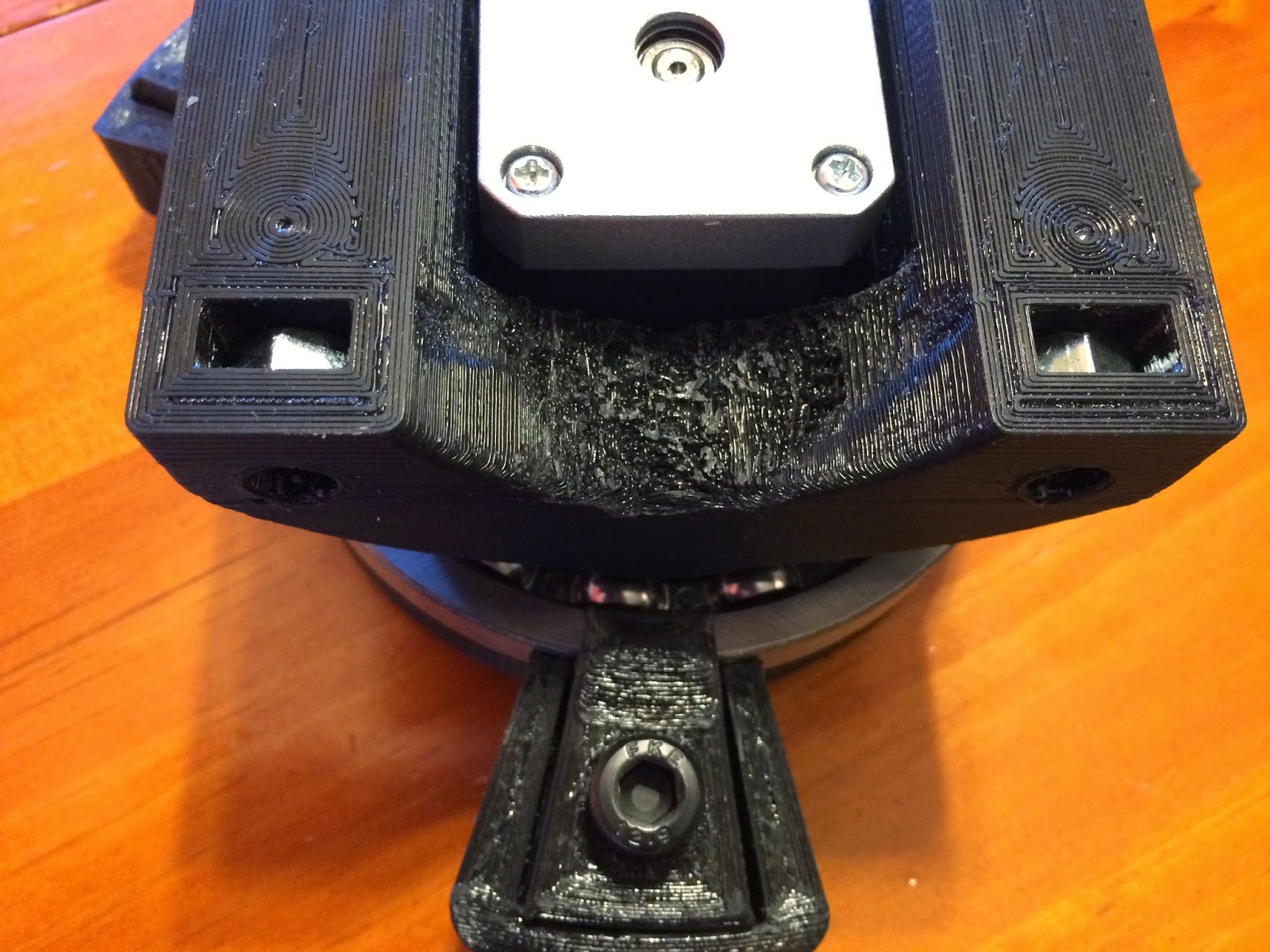 The pretty arch on the bottom of the base is a classic no-no in FFF printing, starting off easy but becoming an impossible overhang. And not visible in my photo but just as important, the flat area where the motor attaches is also unprintable, even as a bridge, because it has to contain the holes for the motor shaft and the four attachment screws.


There are a couple of ways this could be dealt with. One would be to slice the entire piece in half horizontally, to allow the curved base to be printed upside-down and the flat top upright, with screws holding them back together. A small redesign might even allow for the four motor screws to to the job. I don't know for sure whether the flipped lower part would print cleanly, but I think the fillets along the curved edges would help. 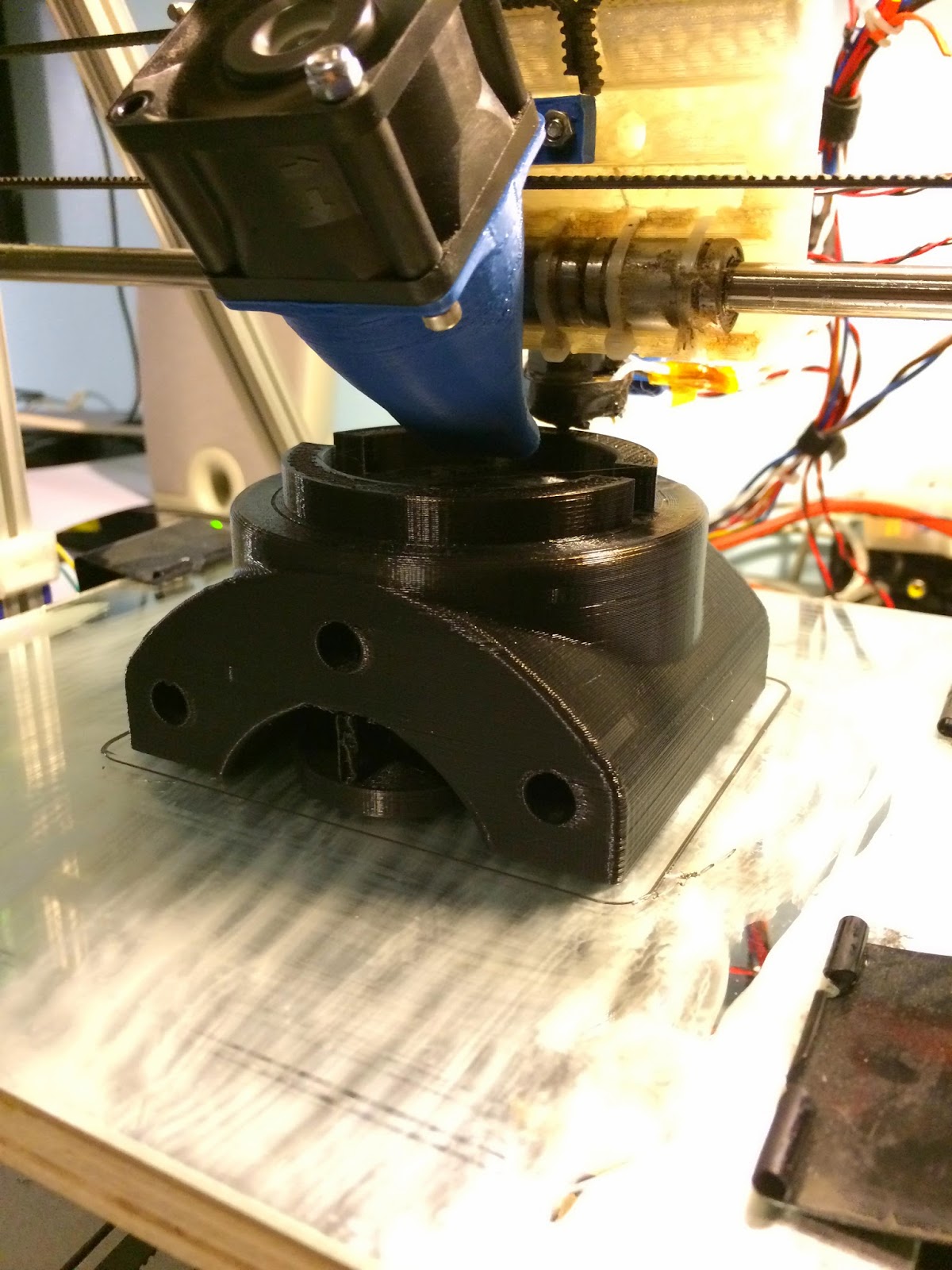 All that said, the motor base does print; even though the finished product is a little bit sloppy the problem areas aren't readily visible, and it is still entirely functional. I did some basic cleanup of strings and drooping lines, and had to drill the holes for the M3 screws to mount the motor since they were completely closed over; I was able to use the top infill pattern to locate them pretty well. It is printable because the designers at BQ included hand-drawn support material, visible at the edge of the arch. Slicer-generated support material is a mixed bag in my experience, typically effective but often very difficult to remove. In this case it might be a real improvement though, since the supports as supplied were barely functional. The very large and solid puck at the bottom printed fine, but the tiny, single-walled tubes that were intended to do the actual support work were too weak and didn't print cleanly, with only about half of them making it all the way to the point where they were supposed to hold up the overhangs.


The finished product is the first functional part of the scanner, so naturally I had to jury-rig a circuit to allow the Raspberry Pi to drive it. I have more appropriate prototyping parts coming in the mail: an Adafruit T-Cobbler to connect the GPIO pins instead of using spare motor and endstop cables, and a USB serial console cable (also from Adafruit) that connects directly to the right pins. But this bodged version was able to make the turntable spin, and by good luck I actually connected it to turn in the correct counterclockwise direction. 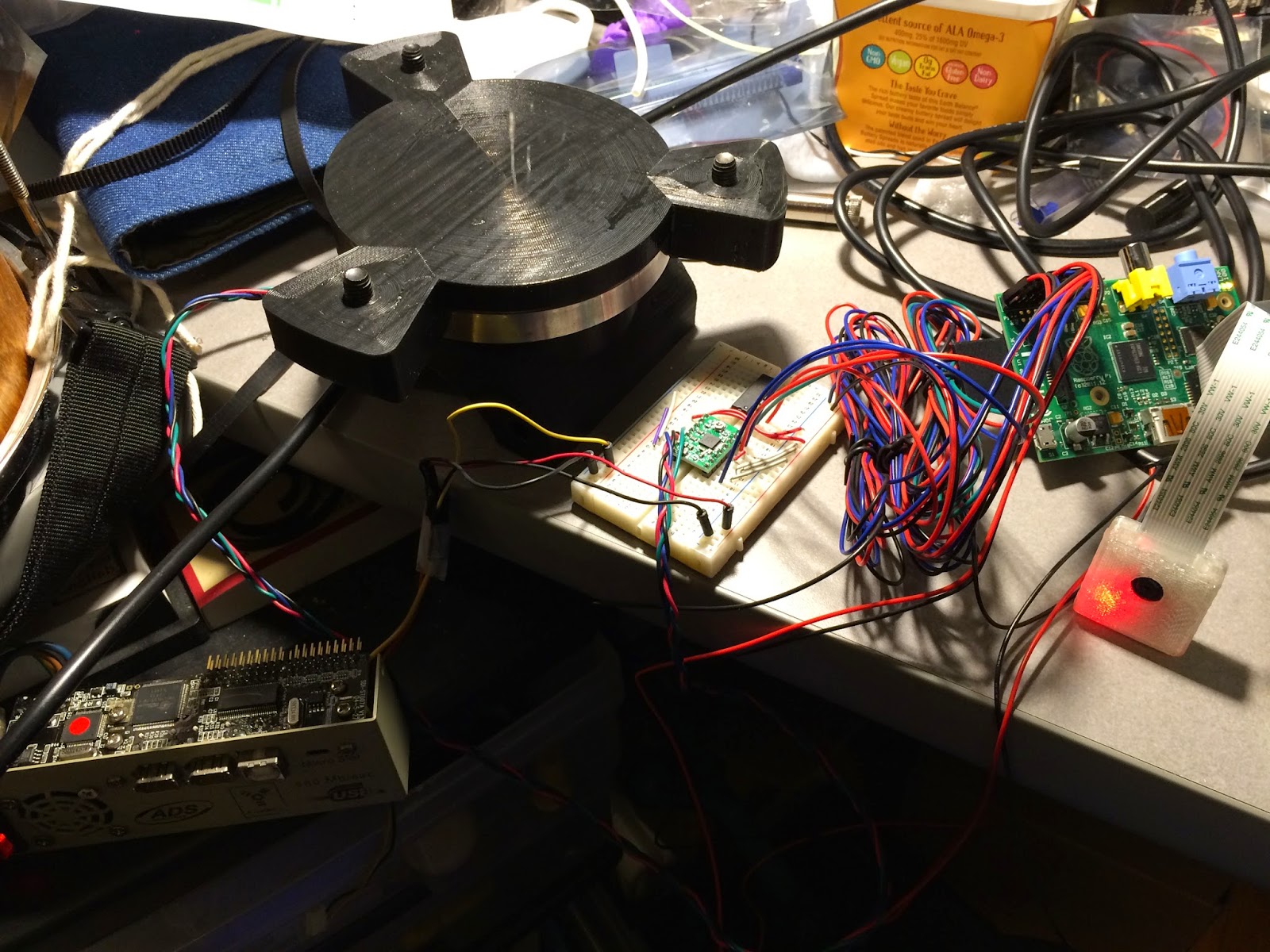 Power is coming from a tiny switching supply that I salvaged from an old external disk enclosure; it produces 12 and 5 volts at 1.5 amps each, which ought to be enough for this project. While testing I'm using an old Model B Pi, but I have a shiny new Pi 2 waiting in the mailbox to replace it.

Next up will be printing the parts for the other end of the scanner; the camera and laser holders. I've had to redesign both of them in order to match my parts and the physical layout that the FreeLSS software prefers, so while those print I'll document the Bill of Materials, so far.
Posted by Bill Owens at 9:51 AM